Yup, you read that correctly. Inflation actually helps seniors financially because it impacts their annual Social Security cost-of-living adjustment (COLA). Skyrocketing inflation last year resulted in a 5.9 percent COLA increase for 2022. That’s the biggest benefits boost in almost 40 years. It equates to an extra $93 per month on average. The problem is that inflation also means the cost of everything is going up, straining seniors’ spending power. That can pose a problem for people living on fixed incomes.

When calculating its annual COLA, the Social Security Administration looks at U.S. Bureau of Labor Statistics’ Consumer Price Index (CPI). It tracks the prices of common consumer goods like groceries and gasoline. According to CNBC, the CPI climbed 7 percent in December with the rate of inflation hitting its highest level in forty years.

If things don’t change, and consumer prices stay high, we may see another high COLA for 2023. But if inflation starts to subside, and a CNET article says many experts think it should, then retirees may see a smaller COLA next year. Either way, seniors are going to continue to struggle financially.

The problem remains even if cost of consumer goods goes down. That’s because seniors are still spending more on healthcare than the working population, whose spending habits are considered when calculating Social Security’s annual cost-of-living adjustment. The COLA is based on the increase in the Consumer Price Index (CPI-W) from the third quarter of the previous year through the third quarter of the current year.

The Seniors Trust wants to see the Consumer Price Index for the Elderly (CPI-E) used instead. It factors in the unique expenses facing seniors, namely healthcare and medicine. For example, the standard cost for Medicare Part B jumped 14.5% this year. According to the CNET article, that means an additional $21.60 on average out of seniors’ pockets each month.

The solution is simple. Congress must enact the Social Security Expansion Act. This landmark piece of legislation calls for recalculating COLA using the CPI-E along with providing retirees with a $65 per month benefits boost. As an added bonus, this bill will also shore up the long-term solvency of Social Security, ensuring it is around generations to come. 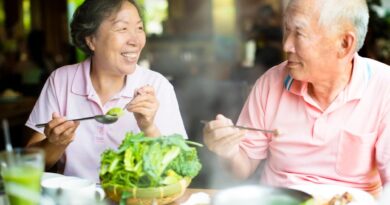 Social Security Recipients Might be Eligible for Meal Assistance

What You Should Do if Your Social Security Check is Late