There has been much talk and speculation lately that Social Security is going broke. Although not yet true, there is cause for concern regarding the long-term solvency of the program. Much of the reason is due to the fact that Social Security’s primary source of funding is payroll taxes and with the bulk of the Baby Boomer generation reaching retirement age in the coming years, the system will soon be doling out more in benefits than it’s taking in through payroll taxes. The solution seems simple enough – raise Social Security taxes.

The problem is, it’s not that simple. Let’s begin by looking at how the Social Security payroll tax is collected. All workers are required to pay a 12.4% Social Security tax on their earnings up to the annual wage cap limit – this year that’s $142,800. If you work for someone else, that’s split between you and your employer with each paying 6.2%. But, if you’re self-employed, then you have to pay the full 12.4% yourself. The important thing to keep in mind is that taxes are only collected on income up to $142,800 – anything above that is not taxed.

Many people believe this is not fair and they claim that, in fact, the system is set up to benefit higher wage earners. That’s because a person earning $142,800 pays the same amount in taxes as someone making $500,000. A more fair way to beef up the Social Security trust fund would be to lift the wage cap, rather than raise taxes. It’s actually one of the tenets of The Social Security Expansion Act. 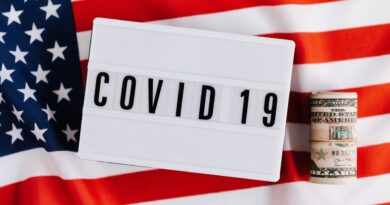 How the Pandemic Has Plagued Social Security

VIDEO: How You Can Help Stop Social Security Fraud

Travel Hack Revealed: Here’s the Secret to Flying in Comfort

Here’s a simple travel hack that will let you stretch your legs and sit in comfort on your next flight for free.

How Pedal Power Can Fuel Your Travel Bug

Calling All Granfluencers – How to Win the Ultimate Family Vacation

Rookie Travel Mistakes and How To Avoid Them